Resolved Why would God put the tree of knowledge in the garden if we were not supposed to eat from it?

Why would God put the tree of knowledge in the garden if we were not supposed to eat from it? Genesis 3
Rate this post:
2
Tweet
Questions about Joshua 2 and covenant with Rahab
Did the dinosaurs exist during Genesis chapter 1 o...
Comment
There are no comments made yet.
Responses (6)

Accepted Answer Pending Moderation
I would be hard pressed to know "why" God would do anything. A couple of things do come to mind though. First, there is a difference between IGNORANCE and INNOCENCE. Making CHOICES from each vantage point obviously is quite different. A small child is innocent at first, but they do not remain so long at all. They quickly learn how to manipulate their surroundings. As years go on many other choices are made some of which take them down a pathway that they later identify as a mistake. At some point, early or later in life, they discover they have a great need for REPENTENCE (another "choice"

. Then, the Lord comes to the rescue. This begins a RELATIONSHIP that could probably never be accomplished if they had remained "innocent".

One thing I have learned about God is that He ALWAYS knows what He is doing. "Choose ye this day whom you will serve" the scripture proclaims. I think God wanted us to ultimately be able to serve Him because we choose to do so.
Comment
There are no comments made yet. 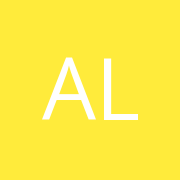 Audrey Luttman
Member
Accepted Answer Pending Moderation
One thought is Obedience to his word. The other thought is we could not understand the truth
Until God open our understanding..
Comment
There are no comments made yet.

Rev. David Corbitt
Assistant Pastor
Accepted Answer Pending Moderation
What a great question! The implication is that if God knew Adam & Eve would sin, why did He allow the temptation to be there in the first place?

Perhaps a follow up question might be, was the tree the only temptation that would entice them to sin? Knowing human nature, probably not!

In reality, it wasn't the tree itself that was the temptation, it was the fact that God commanded them NOT to eat from it. Had God said, "you are free to walk anywhere in the Garden. But whatever you do, DON'T hop around on one foot!" Guess what they would've been tempted to do?

That is not to say God is the source of our temptation, because James 1:12-16 informs us that God doesn't tempt us. Rather, we are tempted when we are drawn away by our own lusts, and enticed. So the temptation originates internal to us, not external. Had the tree not been there, they would have been enticed by something else. The key was to learn, as we all must, to take the "way of escape" (1 Cor 10:13) when tempted, rather than succumb to it.
Comment
There are no comments made yet.

The Master's House
Accepted Answer Pending Moderation
The tree of the knowledge of good and evil symbolized the all-powerful nature of God, its fruit was forbidden to Adam and Eve. But the tempter suggested to Eve that, by adding to their knowledge, the tree's fruit would make them as gods. So, they chose to disobey God. This act of rebellion marked the entrance of sin into the world. The result was quite different than Adam and Eve expected. Instead of gaining superior knowledge that made them equal with God, they gained awareness or knowledge of their guilt, shame, and condemnation. It came down to a choice! Today we still choose. Do we listen for God's still small voice (I Kings 19:12)...and obey?
Comment
There are no comments made yet.

Janette Tomlinson
Member
Accepted Answer Pending Moderation
There is and always will be things in our pathway that require a choice. God gave us free will. God gave instructions in the garden and He gives us instruction through His word and the called men of the Lord. It’s God’s desire that we serve Him willingly. We all fall short, leading to repentance and a relationship that will continue to grow.
Comment
There are no comments made yet.

Jeff Childress
Member
Accepted Answer Pending Moderation
God created us with a will that by His own ordinance He will not manipulate or interfere with. He allows us to make choices whether it be good or not. I agree that if it had not been the tree or the fruit, eventually it would have some thing else. Sadly it is our nature. The grass is always greener....Jesus is called " The Lamb Slain Before The Foundation of The World or before the world began. He would sacrifice His life so our souls could be redeemed. It appears to me the God had in mind a plan of salvation before He ever created this world.
Comment
There are no comments made yet.

There are no replies made for this post yet.
Be one of the first to reply to this post!

Please login to post a reply
You will need to be logged in to be able to post a reply. Login using the form on the right or register an account if you are new here. Register Here »
Forgot Password?
Ask Question 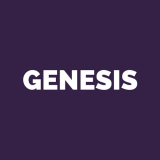 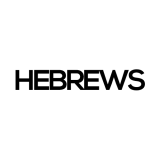